The mark 4 model was the first commercial effort of the Bolwell company (Mellbourne, Australia). It was sold in kit form. The 4c has Imp running gear (including front & rear suspension) in a space frame chassis with an aluminium floor and lower sides and a fibreglass top.
The Mk 4 was set up as conventional front engine, rear drive car and typically used Cortina running gear, although others have had Toyota and Peugeot engines and one surviving example now has a 275hp Mazda rotary engine.

Winston Bolwell, one of the company owners, built the mark 4c for his own use and it is officially known as the only factory produced mark 4. It is noticeably different from the other mark 4s, being narrower and a little shorter and having no doors and of course having the rear mounted Imp motor and transaxle. It is believed to be the last of the mark 4 series to be produced.

The Mark 4c was built in 1965 and used an 875cc engine with twin solex carburettors. It currently has twin 40mm Weber carburettors fitted but is otherwise fairly standard. It has 12 x 5 inch ROH Contesta alloy wheels with 155 SR12 tyres. Brakes are original Imp drum brakes. Basically the entire Imp rear (less panels and chassis) was grafted to the back of the spaceframe along with the panels forming the back seat.
From this point forward it is all space frame, aluminium and fibreglass with the exception of the front suspension, the fuel tank and the speedometer and gauge cluster.

The chassis/sub-frame has a Buckle ID plate, as Bill Buckle in Sydney was the Australian agent for Hillman.

Bolwell ceased producing cars in 1974 when local registration rules made small volume production very difficult. The company still exists and produces a wide range of fibreglass products, including cabins for Mack Trucks.
The moulds for the Bolwell mark 4 are in the hands of the Bolwell Car Club. 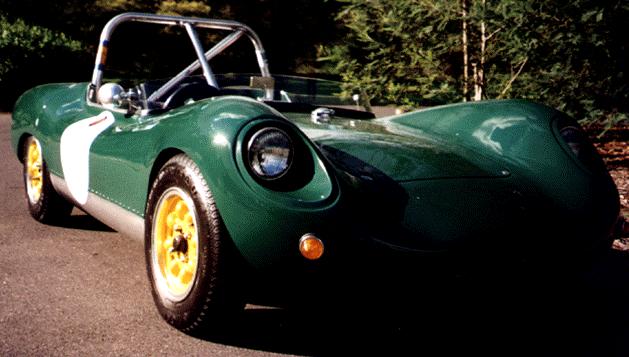 Bolwell Mk 4C (#412) was entered in the 2003 Geelong Speed Trials of 15 November 2003 in Class D: Sports Cars, any cc. Driver Paul Ewins only did the practice run. The number of cc's mentioned is mistakenly 2875, maybe because the other Bolwells that day were larged-engined or the other cars in that class were much larger than just 875 cc.